Our tumblr blog of the images of crime, mystery, and noir has never slowed! It updates many times a day.

Go to the Archive to see the scope of his madness!

Go here to see the continuation of the Hardboiled Project.

A funny serial mystery with a new installment available  every Friday!

Here’s a link to our archived, original blog, crated up and stored in a secret location, guarded by a troop of tea-drinking amateur sleuths.

Amber’s Review: So here’s the thing, I’ve never read a Craig Rice mystery, well other than Home Sweet Homicide. So in preparation for writing this review, I did some research on Rice and her writing style.

This is where things got interesting.

Well more interesting, as her book was entirely engrossing.

At first blush Home Sweet Homicide doesn’t appear to be a typical Craig Rice novel. Her primary detectives are three kids, ages 14, 12 and 10. There isn’t a drop of alcohol anywhere to in the pages which, according to my reference books, is unusual. As Rice’s detectives typically spend an inordinate time throwing the sauce back. In addition, the kids work loosely with the police, which her hard-boiled detectives rarely consider a worthwhile option.

Digging further into her other mysteries, I began to glimpse Rice’s genius for the absurd and her flair for recycling old tropes into fresh plot devices.

Need an example of her absurd literary recycling? When short of the necessary pocket change, our junior detectives in Home Sweet Homicide would hit up the owner of the soda fountain for a malt on credit. Then pay off their debt when they managed to get two nickels to rub together. Archie, Dinah, and April were also not above hustling an unsuspecting mark to obtain a free malt or two or three.

This complicated relationship with the soda fountain, its owner and malts – bears all the hallmarks of Rice’s most famous detective of John J. Malone. Who favors whiskey over malts and Angel’s City Hall Bar over the dimestore on the corner.

Another intriguing facet of this work is Archie, Dinah and April’s mother Marian Carstairs.

Marian Carstairs is considered by most an imperfect self-portrait of Craig Rice herself. Both were at one point crime reporters, freelance writers, and mystery novelists – who published under several nom de plumes. Even more telling? Their writing style. Both women simply rolled a blank sheet of paper into their typewriters and started typing. Neither woman constructed outlines, character lists, the major plot points, or even the solution until they punched it out. They just sat down at the typewriter and typed until they reached the end!

(btw- I’d be lost without an outline.)

This mystery was witty, smart, and fun to read.

I would recommend this zany mystery to anyone who could enjoy a plot which at one point or another – rests of a band of grubby boys, a mother’s day present and an impromptu dance party.

P.S. – The picture, above my review, is of a Rue Morgue edition I bought at the shop years ago and is unfortunately out of print now.

But never fear! Otto Penzler has reissued this great mystery in his American Mystery Classic series. So you click on the green cover above the postscript to go to Otto’s site and grab yourself a copy of this great book! 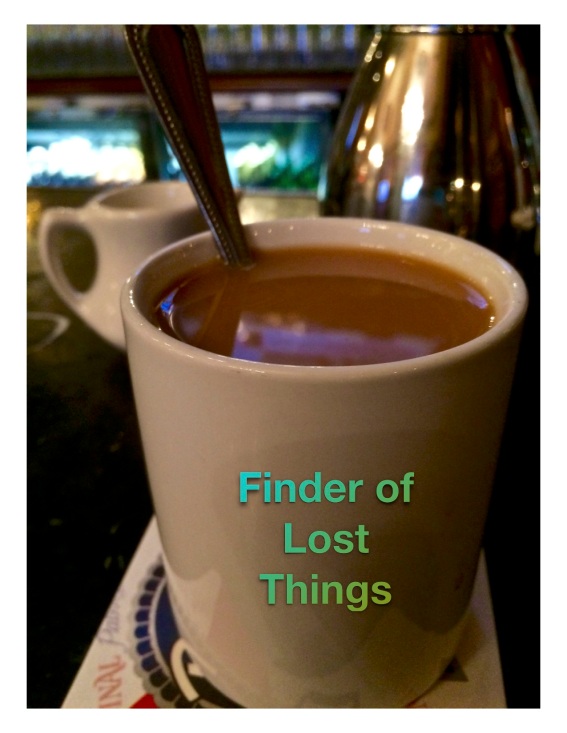 P.P.S. – Don’t forget to check out this week’s edition of Finder of Lost Things – Penny In The Air!

Both Wood and Orin come clean about the shenanigans they both pulled on Phoebe this evening!

We are a bookshop. View all posts by Seattle Mystery Bookshop